Apple's iMessage is a big part of iPhone's dominance over Android in the high end market. As others have pointed out, high-end Android phones can largely match the iPhone feature for feature, but the texting experience is a formaldehyde-preserved relic of the flip-phone era.

As an iPhone owner, I appreciate the near-seamless ability to switch my messaging between my phone and my Macbook. And no true millennial wants the green text bubble of shame that comes from leaving the Apple ecosystem.

So why has Apple let iMessage become a total disaster? At present, the macOS version and iOS version have at least three visible bugs. Two of these date back at least six months, while the other appeared after I started writing this article. While bugs that affect the iPhone are obviously more important, the ability to use the same messaging service across platforms is a big part of iMessage's appeal.

The most irritating bug causes messages to appear badly out of order. For whatever reason, iMessage occasionally decides to attach a random timestamp from the future to messages I send. This clumps my messages at the bottom, leaving it looking like I'm having a conversation with myself: 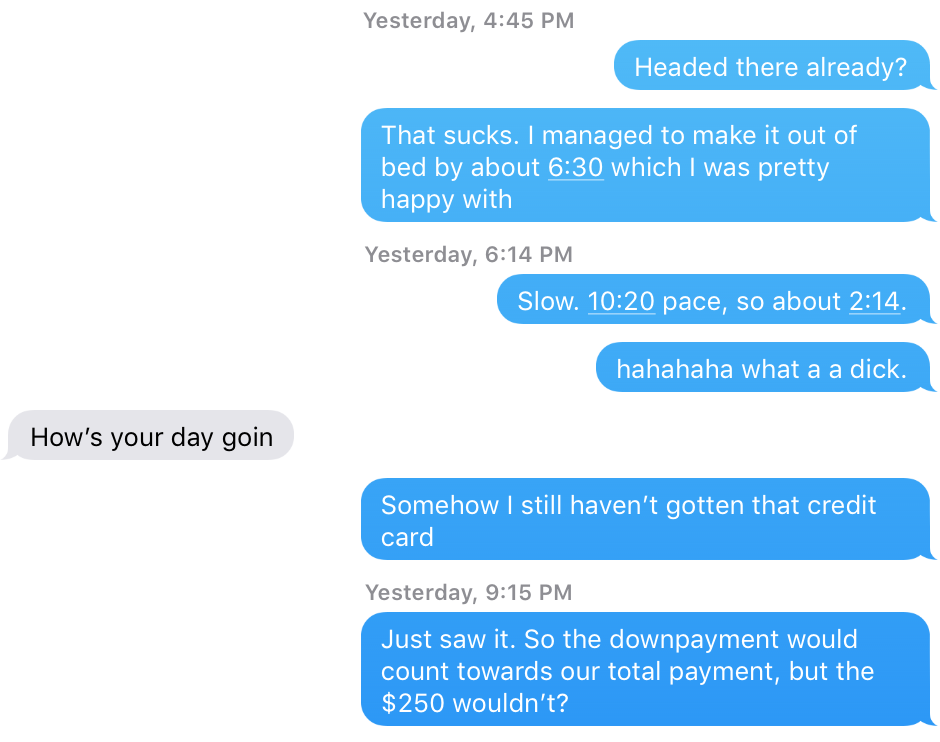 Side note: iMessage prefers to display this bug when I'm discussing private matters, which made getting a screenshot a real hassle.

Another annoying bug attaches "not delivered" tags to messages I send from my laptop:

For a while, I found these tags concerning, but they happen so consistently that I just ignore them now. Still, my wife received a lot of duplicate messages from me before I figured out what was going on.

Finally, if I read a conversation on my desktop, it doesn't clear the unread message notification from my phone. This is the bug that was introduced after I started working on this post. (Admittedly, that was two months ago; I'm an engineer, not a journalist.) 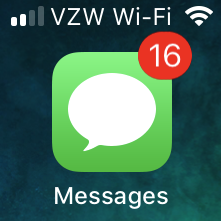 At the time I took this screenshot, I'd already seen all 16 of these messages on my laptop.

None of these bugs are backbreaking: I still use iMessage for 95% of my messaging. They also primarily affect users who try to use iMessage seamlessly across different Apple platforms. I have no idea what proportion of iMessage users fall into that category, although by definition we're Apple's highest spending customers.

Still, Apple is presumably paying a lot of very smart engineers to work on this product, and I'm genuinely baffled that these bugs were even introduced. This is a company that charges its customers a premium for polished products that just works. How have they let such obvious bugs persist for more than half a year?